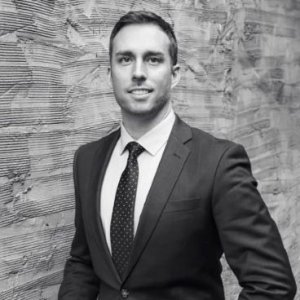 “My practice encompasses all aspects of civil litigation.  I strive to provide a high level of detail and precision to every case and enjoy working in the courtroom.  My goal is to win while staying open to pragmatic, creative solutions and rapid resolution.   I provide earnest and comprehensive advice to my clients on the risks and benefits of a litigation strategy or a proposed course of action.  My diverse background and experience give me an empathetic ear and a personal, big-picture approach.”

Prior to joining Spaulding McCullough & Tansil, Regan worked for the Sonoma County District Attorney’s office as a certified law clerk during his second and third years of law school. While employed with the District Attorney’s Office, Regan was exposed to the practice of law in a courtroom, arguing dozens of motions and conducting evidentiary hearings representing The People of the State of California.

Regan was born and raised in Sonoma County and is a graduate of Montgomery High School where he ran track and cross country for the Vikings.  He received his undergraduate degree in Liberal Studies at Sonoma State University and later attended Empire College School of Law where he earned an MLS and J.D. – both magna cum laude.  While at Empire College, Regan participated in a variety of clinics, including Small Claims, Elder Law, and Veteran’s Services with Legal Aid of Sonoma County. He also earned Witkin Awards for Academic Excellence as the top student in Criminal Law, Criminal Procedure and Evidence.

Regan is a member of the California State Bar and the Sonoma County Bar Association’s Litigation Section. He is a U.S. Air Force veteran, having served nearly six years as an active-duty enlisted Airfield manager in Virginia, Tokyo and Kirkuk Air Base in Northern Iraq during Operation Iraqi Freedom.  Regan enjoys traveling, cooking, and spending time with his family.